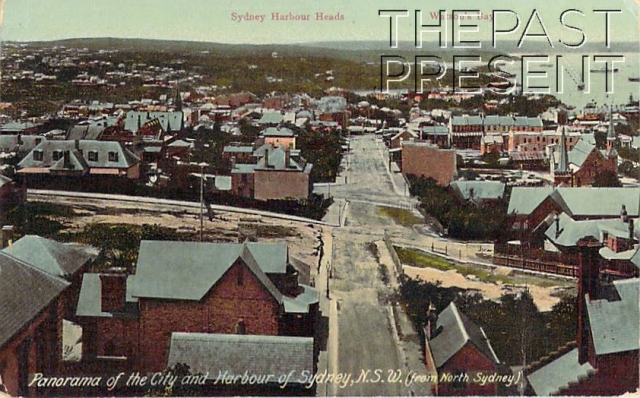 The image above is a stunning view of a place most Sydney residents are familiar with, North Sydney. Yet the area today bears little resemblance to this image which dates from circa 1905.

Today, North Sydney is a business area and many of the buildings are tall and feature modern construction styles and materials, like glass and metal. Yet in this image, North Sydney was simply a residential area, just another suburb of Sydney. It was an area where people lived, occupying houses and terraces, and using services including the St Leonards Post Office (1854) and St Leonards School (1874).  North Sydney itself was formally incorporated as a municipality in 1890 and within 20 years both the post office and school had changed names to North Sydney.

It was not until the 1970s that North Sydney began to be transformed into a commercial centre. Between 1971 and 1972 a whopping 27 skyscrapers were built, and the number has only grown since. Today, North Sydney is reputed to have one of the largest numbers of office buildings not just in Sydney, but in the entirety of NSW.

One comment on “North Sydney, But Not As We Know It”