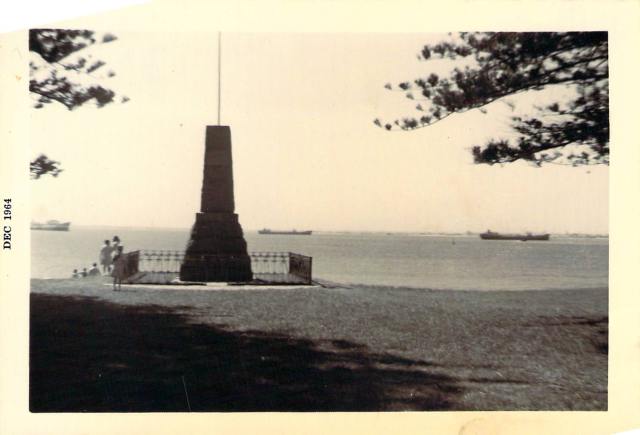 This week, with Australia Day rapidly approaching, it seemed the perfect time to share an image of the ‘Captain Cook Memorial’, as the reverse of the card states, at Kurnell.

Last year, The Past Present shared an image which bore a similar caption from 1906, but the image above, which  dates from 1964, shows what appears to be quite a different memorial. The original memorial, shown on the card from 1906 still exists, as does the one featured on the photo above. In addition, both are found on the shores of Botany Bay National Park. This raises the question – are there really two memorials to Captain Cook so close together? The answer is no. The 1906 postcard does indeed show the monument to Captain Cooks Landing Place, and to Captain Cook himself. However, the 1964 image is mislabelled. The memorial does acknowledge both Captain Cook and Joseph Banks, but it is specifically dedicated to a man who accompanied them on their 1770 landing, Daniel Solander.

Solander was a Swedish naturalist, who was taught by and followed the methods of the famous Carl Linnaeus. Like Joseph Banks, he was a botanist, and it was the pair of them who inspired the name ‘Botanist Bay’ (later Botany Bay). Yet Solander had one particularly striking difference to Banks – he was actually a university educated scientist, the first to set foot on Australian land. The memorial to Solander was erected in 1914.