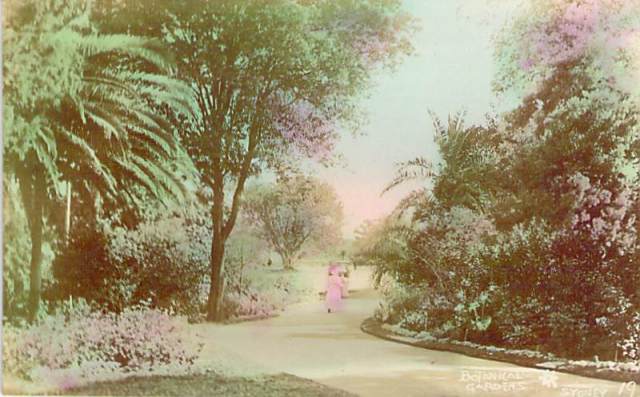 Over the last two weeks, The Past Present has been focussing on the Sydney Royal Botanic Gardens, one of Sydney’s best known and most iconic green spaces. As we have discovered, the gardens are 200 years old this year, making them one of the oldest Botanic Gardens in the Southern Hemisphere – older even than the famous Kew Gardens in England. During this time many people have been associated with the gardens, but one of the most well known was Charles Moore.

Charles Moore was born in Scotland in 1820  and grew up to become a very promising botanist. In the mid 1840s the Sydney Botanic Gardens was in need of a new director and his excellent reputation led to two of Moore’s professors, Lindley and Henslow, recommending him as the new director of the Botanic Gardens in Sydney. Sadly, there was some confusion and two men were appointed to the post, Charles Moore and John Bidwell. Bidwell stepped aside and in 1848 Moore arrived in Sydney and took up his posting. On arrival, Moore found a botanic garden which was badly neglected. He soon set about restoring the gardens, creating a combined scientific institution and recreational reserve – just as the Botanic Gardens continue to be today.

During his tenure, Moore improved and expanded on the gardens and their function. He became an avid collector of plants and seeds, corresponding with other collectors and also mounting his own expeditions, including one in1850 to the New Hebrides, Solomon Islands and New Caledonia. He established new facilities and gardens including a medicinal plant garden, a herbarium, a library and a lecture room where he lectured until 1882. In addition to his career at the Botanic Gardens, Moore served as commissioner for the Paris, Philadelphia and Melbourne Exhibitions, was a member of the Hyde Park Improvement Committee, a trustee of various parks around Sydney, and was even one of the founding trustees of the Royal National Park. He was also instrumental in planning Centennial Park in 1887 and provided the landscaping for the famous Garden Palace which hosted the Sydney International Exhibition. In 1896 Moore was succeeded as director of the Botanic Gardens by J. H. Maiden who was himself a great admirer of Moore. Moore died soon after.