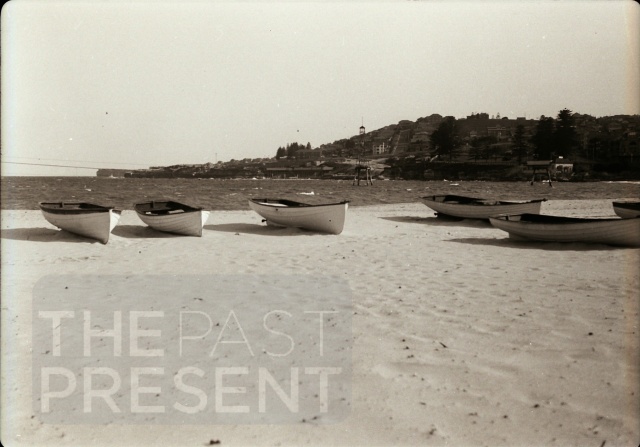 View to south over Coogee Beach with half dozen boats on sand. Homes on steep slopes facing water in distance.

This week, with the weather beginning to cool down and winter approaching, it seemed the perfect time for The Past Present to turn its attention to a popular beach pastime. In summer, the beaches become a haven for water sports and swimming, but as winter approaches, more people begin to look for different ways to enjoy the beautiful harbour and various other waterways. Boating has long been a popular choice.

Recreational sailing in Australia actually has quite a remarkable history, which stems from the history of Sydney as a working harbour. Some of the earliest boat races to be held in Sydney were between the captains and crews from ships which were visiting Sydney harbour. The smaller skiffs which were carried on board the large boats (and some boats even carried specific racing skiffs) would be used for the races. As time went by, regattas became more organised, and they also became popular public events which many Sydneysiders watched from the increasingly crowded shoreline. From 1837 here as even an annual regatta to celebrate the founding of the NSW colony!

Slowly but surely, boating became a more widespread, popular pastime. The public no longer simply watched from the shore. Boats could be hired out from many different boat sheds and beaches. Today, boating continues to be a popular pastime.