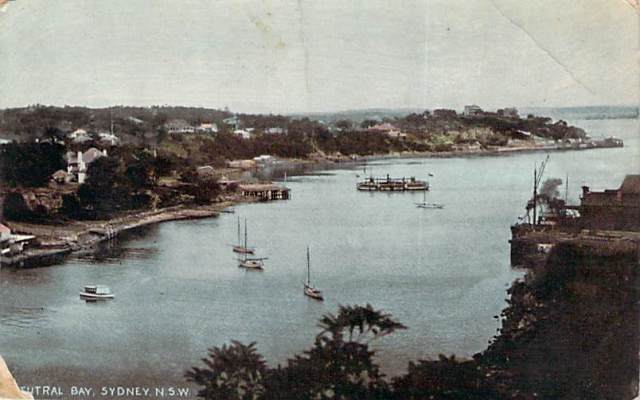 The image above is a rather idyllic view of a beautiful suburb of Sydney. Today Neutral Bay is a popular north shore suburb, especially for those who want the best of city life, without being in the city itself. Yet the history of the area reveals a fascinating past which many, even residents of the area, may not know.

Neutral Bay has long played a role in the protection of Sydney, and Australia more generally. Yet unlike other areas of Australian coastline involved in defence, there are no fortifications to be found. Neutral Bay was a very special place, a place which, as the name suggests, acted as a ‘neutral harbour’.

Just a year after European colonisation of Australia, in 1789, Governor Phillip decreed that the deep water bay would be the place of anchor for all non-British, ‘neutral’ ships visiting Sydney. The idea of Neutral Bay was to allow ships, particularly those of British allies, to visit Sydney, and more importantly, replenish their stores of fresh water from a nearby creek (paying, of course, for the privilege). Yet the location for the neutral harbour was very carefully selected – too far from the colony for convicts to easily ‘jump ship’ or for unknown enemies to gain a strong foothold in the colony’s heart.