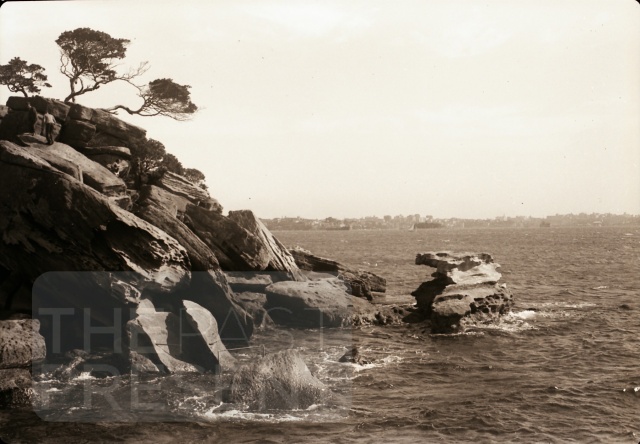 The image above is an idyllic view to serenade the end of the warm weather. If you look closely, you can just make out a group of figures, exploring the rocky foreshore. Yet, although Neilson Park remains popular with Sydneysiders and visitors alike, Steele Point itself is today much less well known.

In the early 1870s a costal fortification was constructed at Steele Point, the Steele Point Battery. It was built of sandstone and was at least half below the ground, with the material excavated in digging the rooms, tunnels and gun pits then mounded up around the emplacements to hide them from the view of those on the harbour itself. The Steele Point Battery was an important link in the chain of coastal fortifications built in the 19th century around Sydney Harbour to protect the settlement from seaborne attack.