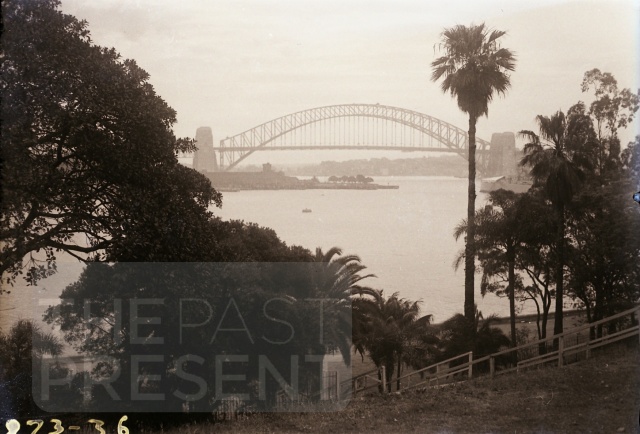 The image above is an iconic view of Sydney, familiar not just to Sydneysiders and visitors to Sydney, but worldwide. Indeed, The Sydney Harbour Bridge is an icon of Sydney, representing the harbour city around the world and showcasing the beautiful harbour to millions of people. Yet the bridge is not just a stunning structure, it has an amazing history.

Although today many think of the Sydney Harbour Bridge as simply an icon of Sydney, at the time that the bridge opened in 1932 it was icon of a whole different sort – an engineering marvel in itself. Yet the history of the bridge dates back well over a century before and the original bridge envisaged was a very different structure. In the early days of the colony, the famous convict architect Francis Greenway spoke with Governor Macquarie, suggesting a bridge be built in roughly the same place where the Sydney Harbour Bridge stands today. Of course, Greenways lofty dream didn’t come to pass, but by 1901, when Federation of the Australian States and Territories occurred, the need for a bridge across the harbour was well recognised. The year before, in 1900, the government called for people to submit designs for just such a bridge but all the designs were unsatisfactory, so the plans were again put aside.

In the wake of World War One though a real quest for a bridge spanning the harbour began. In 1923 Dr J.J.C Bradfield oversaw tenders for either an arch or cantilever bridge. Eventually, Bradfield would go on to oversee the entire design and building process of the now iconic bridge. The tender itself was won by a company from England, Dorman Long and Co. Ltd. They submitted a design by Sir Ralph Freeman for an arch bridge, and construction on the bridge began in 1924. Hundreds of families were displaced during the construction as entire streets of homes and businesses were resumed and demolished, without compensation, to make way for the now iconic bridge.