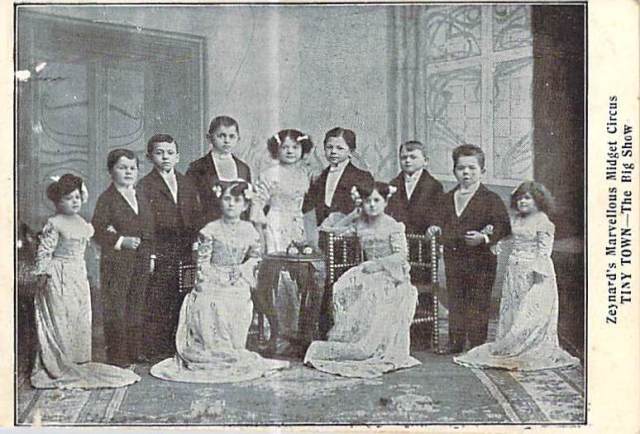 The image above is a stunning glimpse into a history of Australian show business. Although today circus troops are limited in number in Australia, once, the circus was not only common, but one of the most popular forms of entertainment. Many worked to bring together a unique troop of performers in order to attract audiences. One such group was, it appears, Zeynards Midget Circus.

The Zeynards Midget Circus and Tiny Town were clearly popular and well known attraction in Australia in the early 1900s, yet there is scant information about the group today. Mr Zeynard, who from another postcard I have discovered appears to have not been a ‘midget’ himself, headed the group which was, at least at the time the photograph above was taken, made up of five women and six men.