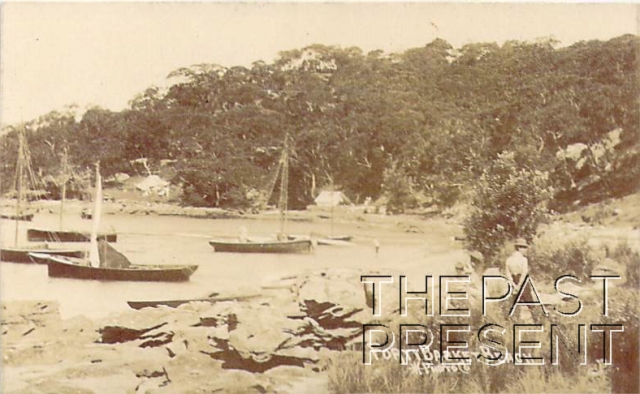 With Summer rapidly creeping up on Sydney residents, the Past Present is heading for the beach, just as many Sydneysiders will do in the next few days, weeks and months. The beach in question for this outing is Forty Baskets Beach.
Forty Baskets Beach is a secluded and little known beach is in the Balgowlah/Manly, yet the small beach has an extensive history. Before European settlement Forty Basket Beach was used by members of the Gai-marigal Aboriginal people and there is a midden deposit on the grassy area at the back of the beach. According to historic sources, this midden even yielded skeletons, the last of which were removed in the 1970s.
The name Forty Baskets Beach is related to the European history of the area. Not too far away, especially if travelling by boat, is the historic Quarantine Station and in 1875 a contingent of soldiers had been detained here in quarantine having returned from the war in Sudan. A group of fishermen caught 40 baskets of fish at the beach which were then used to feed the contingent and their amazing catch is now immortalised in the name of the beach.